The Religion of the Vikings

This article has been excerpted by Medievlists from a 2005 article of the same title from Viking Heritage Magazine. Unfortunately that excellent magazine is no longer published - I still miss the great archaeology that was regularly featured therein.

As always with any Medievalists post that I feature here, you can read the full article in the source publication, and I recommend that you do. The title link will get you there. (Ed.)
***

Choosing Heaven: The Religion of the Vikings
By Gun Westholm
Viking Heritage Magazine, Vol. 3 (2005)
Introduction: When the Viking Age began in about 750 AD, Scandinavia was among the last of the heathen outposts in Europe along with the Baltic, Russian and Slavic areas east of the Elbe. Christianity had slowly spread from the Middle East, Egypt, the Roman Empire and the Byzantium area (4th century), to the realm of the Franks and, during the 6th century, further to England and Ireland. Parts of the Germanic area were Christianised during 7th century, and in the middle of 8th century the large Carolingian kingdom was created forming a cohesive Christian area from Italy in the South to the Slavonian region in North.

In Scandinavia belief in the Aesir gods was the prevailing religion before the Christian message slowly won territory during 11th century. Many believe that the religion of the Vikings arose as a unique phenomenon in northern Europe.

But the Aesir cult was a warrior religion that had several equivalents in both Europe and Asia, religions that had replaced other much earlier, peaceful beliefs with clear ties to agriculture and fertility. In these very old forms of religion, the chief god was often of the female sex – Mother Earth – and a good yearly crop and high yields from the livestock were the main purpose for worship.

Female goddesses dominated Europe’s and Asia’s religious beliefs until approximately 5000 BC, then a slow change seems to have begun. The fertile areas of the plains people were taken over by warlike nomads and cattle herders from the mountain regions. These tribes had male chief gods who honoured warring activities and warriors who had fallen in battle. Later on some of the war gods came to be called Zeus, Jahve and Odin.

Outside Scandinavia, Odin was called Wodan/Wotan among the Germanic tribes, Godan among the Langobardi and Woden in England. Both Woden and Donar – Thor – are mentioned as early as the 6th century on the continent. Odin and Zeus have many common qualities, as do their respective wives Frigg and Hera. There are also resemblances between other Aesir gods and the Greek gods of Antiquity.

Click here to read this article from Viking Heritage Magazine
See also: A Quick Guide to Norse Gods
Posted by J A Hunsinger at 16:18 No comments:


As a follow-up to my previous blog on the Norse gods, here's an article from Denmark on the god Odin that you might find of interest. (Ed.)


***
Medieval texts colour our knowledge about Odin
June 20, 2012 - 08:31
Researchers disagree on the Viking Age conceptions of the god Odin. The source material is ambiguous and difficult to interpret.
By: Irene Berg Petersen 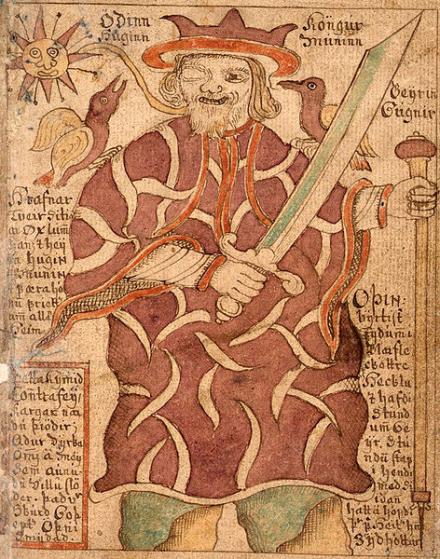 Odin with his two ravens, Hugin and Munin (Illustration from a 19th century document. The Árni Magnússon Institute in Iceland)

A Quick Guide to Norse Gods

The following excerpt from Medievalists.net contains a compilation of links to other articles that they have posted on Norse gods that I think you will find interesting. (Ed.)
***
A Quick Guide to Norse Gods
BY
MEDIEVALISTS.NET
– JANUARY 28, 2015POSTED IN: FEATURES

The Norse pantheon includes some very interesting characters. This is a little guide to get you started about learning who these gods and goddesses were. The images are from manuscripts dating between the 16th to 18th centuries, among the earliest depictions we have these deities. 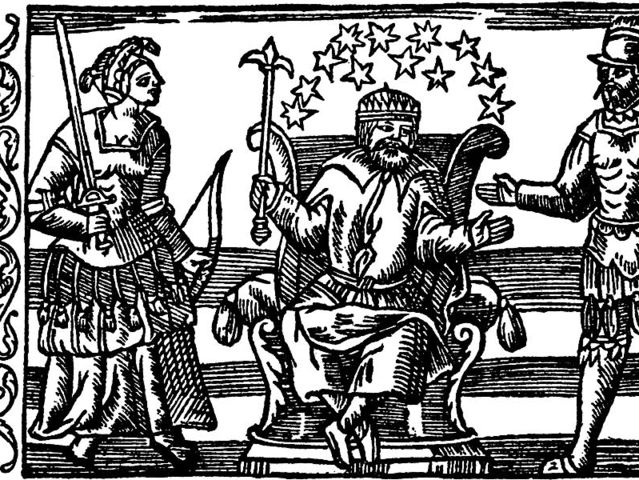 Learn more about the Norse gods:
Advice from a Norse God: Wisdom from the Hávamál
Which Norse God Are You?
Can you solve Odin’s Riddles?
The Position of the Individual Gods and Goddesses in Various Types of Sources – With Special Reference to the Female Divinities
Of Fire and Water: The Old Norse Mythical Worldview in an Eco-Mythological Perspective
Yggdrasill and the divine ‘food chain’
Norse Religion and Ritual Sites in Scandinavia in the 6th – 11th century 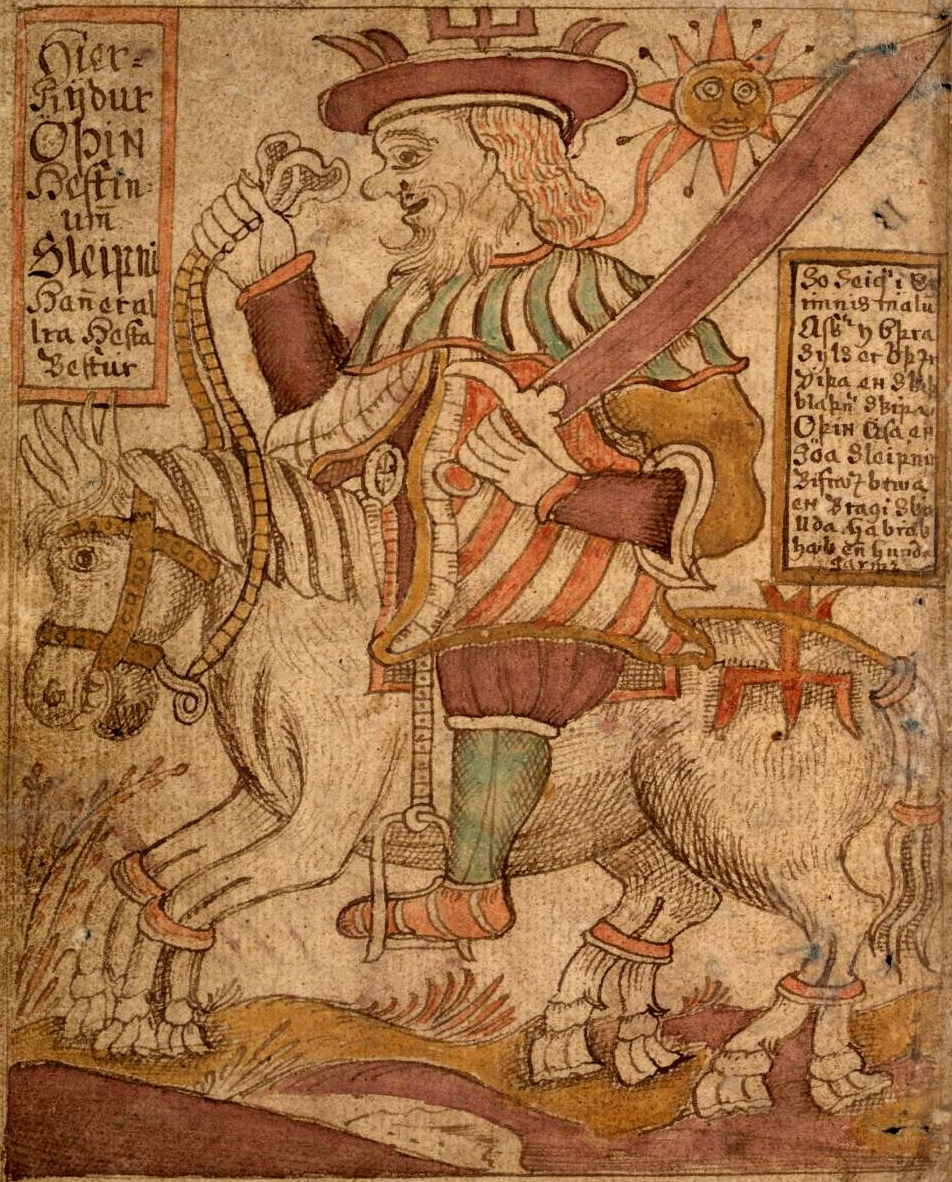