The Little Ice Age and Its Giant Impact on Human History

This Ancient Origins excerpt is from an article about what science refers to as the Maunder Minimum, a normal cycle of extreme weather that has happened before and will happen again.
The Medieval Warm Period preceded the Maunder Minimum, or Little Ice Age and the considerably warmer conditions during that warming period gave the Viking Age its impetus, allowing them to sally forth from their previously ice locked fjords much sooner each year on raiding and trading voyages.
It is thought by some that the Little Ice Age would have ended the 400+-years of the Viking Age in what is now northern Europe as the area became gripped by the extreme cold.
Currently we are not even halfway in the 500-year weather cycle that followed the featured event. Nobody reading this will live to see what happens to the Earth towards the end of this cycle, a period of gradual planetary warming.
The sun is in control, not we humans, and those alive toward the end of the current cycle will see much warmer planetary conditions, naturally caused by the sun and/or massive volcanic eruptions. (Ed.)
*** 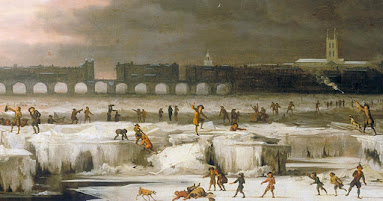 The Little Ice Age is a period tentatively defined as running from the 13 th/14th to the 19 th century in which the northern hemisphere of Earth endured a limited but substantial cooling period. Now please be forewarned, the Little Ice Age (LIA) should not be confused with the Medieval Warm Period, or the Last Glacial Period , since it carries its own unique events that may have changed the course of history for many human cultures around the globe.

Unlike the previous ice ages and warm periods, which caused havoc to the environment and forced humanity to change its survival methods, the Little Ice Age had varying effects. Some regions of the world were severely affected, leading to war, famine, disease, and even abandonment. While other areas became plentiful and prosperous, both benefiting and lending favorable conditions to strengthen various human civilizations. Though there is no conclusive evidence to explain why this phenomenon happened, there is a working hypothesis to what may have caused it.

The primary culprit may have been the 1257 Mount Salamas eruption, which took place in Lombok, Indonesia. After this one single event, countries around the world were affected in different ways. It appears that the eruption shaped culture and technology for the societies that experienced it. And perhaps, these changes had a significant impact on these cultures and countries themselves.
Read more...
Posted by J A Hunsinger at 08:30 No comments:

The medieval Vikings may not be exactly what we have always thought they were. (Ed.) 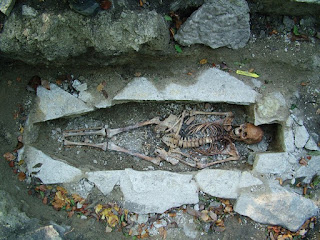 
COPENHAGEN, DENMARK—Science Magazine reports that a team of researchers led by Eske Willerslev of the University of Cambridge and the University of Copenhagen sequenced the genomes of people who lived in Scandinavia during the Viking Age, and the genomes of people who had been buried elsewhere in Europe, including Italy, Ukraine, and Greenland, in the Viking style or with Viking grave goods, from about A.D. 750 to 1050. The study suggests that Scandinavians were more likely to have black hair than those who live in the region today, and they rarely mixed with each other. “We can separate a Norwegian person from a Swedish person from a Danish person,” explained Søren Sindbæk of Aarhus University. The researchers also found that Vikings from Norway tended to travel to Ireland, Iceland, and Greenland; Vikings from Sweden traveled to the Baltics, Poland, Russia, and Ukraine; and Vikings from Denmark headed to England. Several remains in Norway buried in the Viking style were found to have been indigenous Saami people, and no Scandinavian DNA was detected in the genomes of people buried in Viking-style graves on the Orkney Islands. But, some Vikings buried in Scandinavia had Irish and Scottish parents. “These identities aren’t genetic or ethnic, they’re social,” commented archaeologist Cat Jarman of the Museum of Cultural History in Oslo. To read about investigations into the origins of the residents of a major Viking town in Sweden, go to "Land of the Ice and Snow."

IN THE CURRENT ISSUE