Viking Temple to Thor and Odin Unearthed In Norway

News from Ancient Origins on the discovery of a Norse temple to the gods at a farm in western Norway where several other exciting discoveries have been made by archaeologists.. (Ed.) 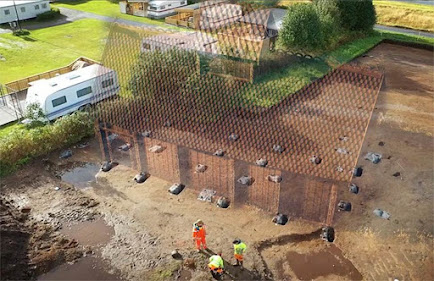 8 OCTOBER, 2020 - 20:55 ED WHELAN
Viking Temple to Thor and Odin Unearthed In Norway
The Viking Age has fascinated people for generations and now we have a newly discovered ancient Viking temple that has finally shed some new light on Norse religion . Believe it or not, there is a lot we don’t know about these fearsome warriors and daring explorers. For example, scholars know relatively little about specific Viking religious practices. For this reason, the discovery of this ancient Viking temple in Norway, dedicated to the Norse Gods, is an exceptionally important discovery.

An Early Viking Settlement And A Rare Ancient Viking Temple

Recently, a group of archaeologists, from the University Museum of Bergen, have been excavating a massive site on the Ose farm near Ørsta, in western Norway. Their work is part of a recovery project before the construction of a massive new housing project in the area. The experts believe that the site was an early Viking era settlement that dates to 1200 years ago, based on the remains of longhouses found there. Traces of an even earlier agricultural settlement were also found. 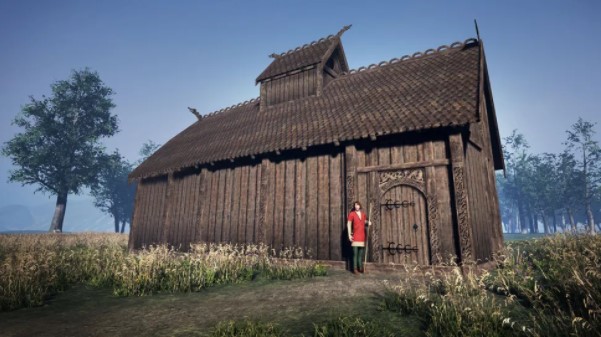 The site of the newly discovered rare ancient Viking temple found in Norway with an imagined reconstruction of the actual building. ( University Museum of Bergen )

However, the most exciting discovery made at the site was that of a pagan temple . Evidence of Viking religion and especially places of worship are scarce in Scandinavia. Typically, evidence of religious worship before the coming of Christianity consists of artifacts. Life in Norway reports that “Now for the first time, firm traces of a house of worship have been found in Norway.”