From Ancient Origins, another heads-up from the archaeological world. (Ed.) 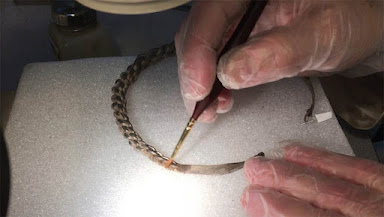 A hoard of Viking silver has been discovered in an ancient building in Sweden, and the discovery is being described as “highly unusual.” The trove of silver necklaces, bracelets and coins was unearthed in Viggbyholm, Greater Stockholm at an ancient farm discovered in 2019.

Evidence of a prehistoric farm dating back thousands years was discovered at the site, and in August 2020 Archaeology News Network announced that researchers had unearthed “utensils dating back to 400–550 AD.” At that time, the researchers said the discovery “might shed new light on how the area looked during the Late Iron Age.” However, recently they found a rare hoard of ancient Viking silver artifacts and coins “exceeding all expectations.” 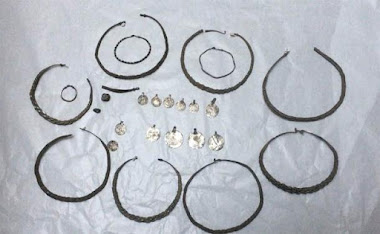 The 8,000-square meter (86,000 square foot) site is located in a remote coastal bay and is currently being excavated in preparation for urban construction. Back in the Iron Age , however, the site was a “prehistoric Viking farm .” Researchers have unearthed layers of ancient dwellings from different historical eras, according to an August 2020 DW article.