Heritage Daily featured this excellent article on the giant Viking ring fortress built on the north shore of a fjord in Denmark. (Ed.)
*** 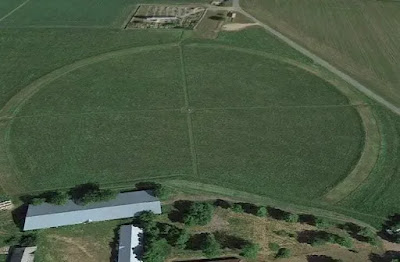 Aggersborg is the site of a Viking trelleborg (ring fort), that was built near Aggersund on the north side of the Limfjord in Denmark.

A trelleborg was a geometrical circular fortification that usually contains a cross section of roads separating four internal quadrants, pointing in the four cardinal directions towards gated entrances.

Trelleborgs were built across numerous sites of strategic importance in areas of Denmark and Sweden, and are mostly attributed to Harold Bluetooth (a King of Denmark and Norway who ruled from AD 958–986), who was attributed with introducing Christianity to Denmark.
Aggersborg is Denmark’s largest trelleborg and dates from the Viking age between AD 970-980 (although archaeologists have also discovered that the fort overlaid an earlier Viking-Age rural settlement consisting of sunken huts connected with a couple of large farms), either during Harold Bluetooth’s reign, or that of his successor Sweyn Forkbeard.

The fort was strategically situated near a narrow passage of the Limfjord, a principal sailing route between the Baltic and the North Sea, and near the ancient Hærvejen trackway. 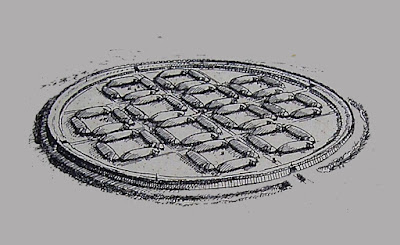 When were the Vikings in the Americas?

USA Today featured this article on an amazing discovery made at the Newfoundland, Canada, Viking settlement of L 'Anse aux Meadows.

Scientists have established the exact date of Viking wooden artifacts found at the site. (Ed.) 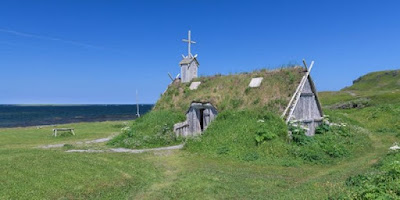 When were the Vikings in the Americas? Exactly 1,000 years ago, study says

Wooden artifacts discovered in Newfoundland, Canada, date precisely to the year 1021.
Scientists are confident the artifacts belonged to the Vikings.
"That level of precision and scientific proof has never been achieved before."

We now know when the Vikings came to America.

Although we knew that Vikings made their way across the Atlantic hundreds of years before Columbus arrived, we weren't sure precisely when that was – until now.

Wooden artifacts discovered in Newfoundland, Canada, date precisely to the year 1021, which is the earliest known record of humans crossing from Europe to America, according to a study published Wednesday in the British journal Nature.

This is "the only known date for Europeans in the Americas before Columbus," archaeologist and study co-author Michael Dee of the University of Groningen in the Netherlands told USA TODAY.

“This is the first time the date has been scientifically established,” archaeologist Margot Kuitems, a researcher at the University of Groningen and the study’s lead author, told NBC News.

“Previously the date was based only on sagas – oral histories that were only written down in the 13th century, at least 200 years after the events they described took place,” she said.

Scientists are confident the wood artifacts belonged to the Vikings, based on their location within the settlement and evidence for modification using metal tools, which were not manufactured by indigenous people in the area at the time.

Ancient Origins comes through again with this fascinating article about a recent discovery of Latin text verifying early European knowledge of the Vikings discovery of the Americas. (Ed.) 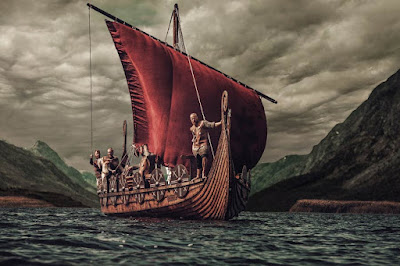 The accepted mainstream story has long been that no one in southern or western Europe knew anything about the Americas before the discoveries associated with the voyages of Columbus. But a new translation of a rare medieval Latin text, which was composed by an Italian monk, shows that this perception was inaccurate.

In this ancient 14th-century book, mention is made to a far-off land known as “Marckalada,” which was previously discovered by Scandinavian explorers. Given the overall context of the passage, it is clear the writer is referring to either Labrador or Newfoundland on Canada’s northeastern coast. This means there were people in Italy that knew about the North American continent, more than 150 years before Columbus ever set sail.

This amazing discovery was made by Milan University professor Paolo Chiesa, who specializes in the study of medieval Latin literature, and several graduate students who helped him examine and translate an ancient Italian manuscript known as “ Cronica Universalis .” The book was written sometime between 1339 and 1345 by a Dominican monk named Galvano Fiamma, and it contained a passage in Latin that revealed knowledge of lands that could be reached by sailing west across the Atlantic. This included a huge and expansive landmass known as Marckalada, which was said to have been discovered but never deeply explored. 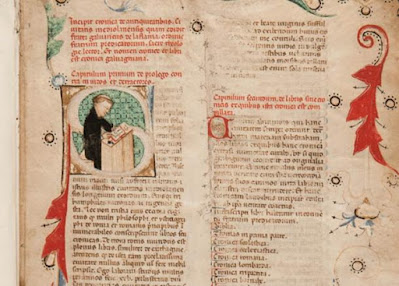 A photograph of a page from the Latin text manuscript by the 14th-century Italian monk Galvano Fiamma. ( ArteMagazine)

Fiamma’s Amazing Latin Text Is Backed Up By Icelandic Sources

In an article in the historical journal Terrae Incognitae , Professor Chiesa refers to Fiamma’s newly translated disclosure as “astonishing.” As added proof that the monk was really talking about North America, Professor Chiesa makes note of statements and stories obtained from ancient Icelandic sources , which mention a land called Markland that had been previously identified by scholars as referring to the northeastern coast of modern-day Canada.

The rare copy of Fiamma’s book is currently owned by a private collector from New York, who gave Professor Chiesa permission to take photographs of the book and its contents. While completing a cover-to-cover Latin translation, one of Chiesa’s graduate students found the paragraph that contains the critical reference.

Fiamma’s passage sets up its revelation by first noting the success of the European sailors who’d reached Greenland and Iceland centuries before. He then wrote the following: